I met my biological father just hours before my grandfather died … that may sound like the beginning of a really sad novel, but it’s unfortunately a very sad true story. My paternal grandfather passed away just before midnight on Wednesday, June 10th. As heartbreaking as this is, knowing he is no longer in pain helps give me peace. Grandpa was a Marine and a kind and generous man. I had spent as much time as possible with him over the last few months that he was in the hospital; seeing a once strong man reduced to such heartbreaking pain was really difficult, but it was important to be there. It’s a long story, but the night Grandpa left this world was the first time I met my biological father. I had always believed my father didn’t love me or at least wasn’t capable of loving me. In my youth, I believed some horrible things about myself … reasons I was deemed unlovable by my father and his family.

My Grandfather was a part of my life – a much smaller part than I’d wanted, but he was there. Having him in my life helped me have hope that maybe I wasn’t so unlovable. Maybe I was good. It was my Grandfather who first called me an Angel. He was kind, compassionate, supportive and gave me hope that someday things could be different.

Over the last few months, I’ve learned some unbelievable truths. The things that fear and illusion can do with a little power … I’ve learned that I am a much stronger person than I realized. It’s been a long time since I’ve had to be so strong, and this certainly required a different kind of strength.

As I spent time with my grandfather, I also met two cousins, two aunts and an uncle. I couldn’t stop myself from falling in love with all of them even though I knew there was a chance the cost could be high. In my heart, I believed that I would never see any of them again once Grandpa was gone. I wasn’t just going to lose my grandfather; I was going to lose my whole family.

None of them could understand what happened with my father. They all knew him as a good man. Actually, the more they described him, the more he seemed a lot like me. That’s when my ego kicked in and started chanting all my fears in the background. I remembered my childhood beliefs. If my father was this good and honest person they were describing to me, then maybe those beliefs were true … maybe he just couldn’t bring himself to love me.

When my father walked into Grandpa’s room in ICU, my heart froze in my chest. I literally felt my heart stop beating. I wondered if maybe he wouldn’t know who I was or maybe he would just pretend I wasn’t there. It was like the world tilted on its axis and my mind rolled away from me. When my heart again began beating, I felt this burning rush through my body. It began in my head and face and burned out through my hands and feet. The emotions were a tidal wave that I held inside with great effort. I’d hoped whatever it was had made me invisible, but that didn’t happen.

Nothing else happened either. To my relief, my father seemed okay that I was there. After a while, he even talked to me briefly. The energy normalized and I began to feel more comfortable around him … until he left.

He said goodbye to his sister and then kissed Grandpa on the head. When he turned to the door, I was standing there. I didn’t know what I should do but began to move out of his way, and then I realized that he intended to hug me! He put his arm around me, and then I was frozen again. He also reached out to include my son (who was standing next to me) in our hug. In my mind, I wanted to hold him tight and cry my eyes out, but I was nothing more than a robot.

Seconds after my father left, the tears came. My aunt and cousins were right there to comfort me, and I started to find a little sliver of hope … even though I was about to lose my grandfather. It wasn’t even a half hour later that Grandpa was gone.

I do believe that hug gave Grandpa some peace. I knew my circumstances had bothered him a great deal. Just days before, he told me that he wished things had been different. If he still had his farm, he wanted to buy me a horse! I laughed and said that I already have a horse … or at least a dog who runs like a horse. When I showed him a picture of our one year old Riley, Grandpa seemed really concerned that I didn’t know what a horse looked like. He also wanted to watch my son play ball and go to the movies with me again. That was the last day he was able to talk to anyone; he was moved to ICU that following morning and never recovered.

I knew when I got the call. My cousin called my cell and said the doctors suggested calling in the family. I almost couldn’t speak because I knew what was coming. I felt the energy shift around me and knew I was no longer alone. My guides, Angels and loved ones were with me. When I got to the hospital, the energy in the room was like nothing I’d ever felt before. I kept getting glimpses of enormous Angel wings and his own family members waiting for him. I could sense he still wanted to stay, but his body was ready to let go.

We arrived home in the early hours of the morning, and I crashed into a deep sleep. Grandpa visited me that night, so I knew he was okay. The dream is still too personal to share, but I need to acknowledge that gift. No matter how much time I had to tell him goodbye, it would never have been enough, but I sense him near me even as I write this now. I didn’t know what pain was worse … losing my grandfather or closing the door on any chance of connecting with my father. I tried to pretend Father’s Day wasn’t really a special day; it was just any other day … where you would try not to think about such a recent loss and the fact that you’ve never known your father and now never will … and it’s the day we celebrate fathers and grandfathers.

I was having a bad day, so I sat outside in my favorite spot by this little waterfall we made in our flower bed. It’s the place I go to ground myself and reconnect with nature. As I was focusing on just breathing, I happened to see my neighbor’s dog walking down the sidewalk by herself. Long story short, she got out of the backyard. Her mom and dad were miles away visiting family and couldn’t come home for a while, so she had to come to my house. She was the perfect distraction.

Later that evening, I found myself wandering down a path with my thoughts about my own father, how he must be feeling with all this and whether or not I would ever know him. Even though I had just recently taken Riley outside, I decided to take him out one last time before bed. I wanted to look at the stars.

As I was looking up at the sky, I heard something quite large flutter and saw what I thought was a white bat out of the corner of my eye. I really dislike bats, so I was a little (a lot) freaked out for a few moments. I watched it trying to fly. It wasn’t a bat, but I still couldn’t figure out what it was. Then it landed.

I had to call my husband out to see it. The picture doesn’t really do it justice. The wings are a beautiful translucent green, and the bottom wings end in a slight curl. Neither of us had ever seen anything like this before. As soon as I got inside the house, I went to Google. 😉 This is a Luna Moth … it’s quite large and stunningly beautiful. It’s actually rare to see one because they only live about a week. They don’t even have a mouth, so they don’t eat! They are born, transform into beautiful creatures, mate and then die. Some say their sole purpose is to love. The Luna Moth is considered to be one of the most spiritual totems as she teaches us to find balance between what is seen and unseen, between the light and the dark. She is also a symbol of spiritual transformation, rebirth and new beginnings.

There is definitely a lot going on behind the scenes with what I’m going through right now. I know there are things I don’t yet know or cannot see, and it’s difficult to balance that with the fear from that little girl trapped inside my heart. She wants to be seen and to be in the light, loved by her father, but all things take time. This is my healing journey.

This moth even landed in the exact same spot on the deck as my neighbor’s dog was sitting in the previous image. I have no doubt this was a message from Grandpa and really believe the dog was sent by him as well. This seems to be a sign that things will eventually move from the darkness and into the light. Love you, Grandpa. <3

Have you received signs from your loved ones in Heaven? Please share them in the comments below. I would love to hear your experiences! 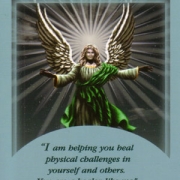 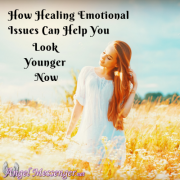 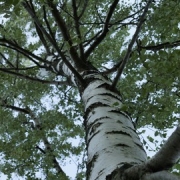 In Remembrance of Mom 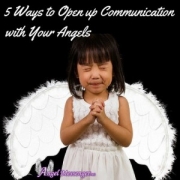 5 Ways to Open up Communication with Your Angels 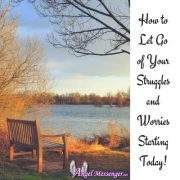 How to Let Go of Your Struggles and Worries Starting Today!