The month of July has a numerological vibration of 16/7. The number 16 is a karmic number vibration and heralds a time of major changes in the energies that surround us in our outer environment.

Let us look first at the reduced vibration of the 7. This focuses on an energy of reflection, self-analysis, and going within oneself to understand our Higher Purpose and Spiritual Connection to God/Source/Universe. It is a time where we will need to have faith in ourselves and in a Higher Power, as we look for answers regarding what we perceive is happening around us. It will be a time where we may experience anxieties and fears, but this is just an illusion of the ego mind. Once we understand that we are a part of the Oneness of God-Source Energy, and we tune into that connection, then we will trust that we are always Divinely Guided and Protected.

The karmic 16 vibration (Universal 9 Year + July 7 Month = 16) brings in an aspect of tearing down old structures, belief systems, and circumstances that are outmoded and no longer serve our best and highest interest, so that new concepts, ideas, and institutions can be initiated or built in its place. This 16 numerological vibration relates to the 16th Major Arcana in the Tarot which is the Tower Card. The Tower card reminds me of the energy of Pluto which is about Death & Rebirth, Big Changes, and Transformation! It is like a volcano that erupts because the pressure builds up and becomes too great…..there is a rush of destructive magma that demolishes all in its path……and then the process of rebuilding, reinventing and restructuring comes in the wake of the aftermath of what seems to be a volatile energy, but in reality, is just a much needed energy to release and transmute all that is no longer working in our perceived reality.

Megan Skinner, in the book entitled “Essence of the Tarot” states it quite well. She writes, “Our world, the world we live in today, is in a sense a tower, meaning that the fundamental structures, the institutions (government, religion, law and commerce) that humankind has created and accepted through decades and centuries of time are no longer working for us. Simply put, they have become obsolete. These decaying towers must be dismantled before a process of renewal and restoration can take place.”

This month of July is the “Death” process bringing huge changes in our external environment. The process of “Rebirth” will be more of the focus of energy in the months to come.

The astrology of this month may not seem very significant considering the numerological energies, however, we need to remember that we are just leaving the month of June which had some very intense energies. Last month we experienced a Grand Cross right before our New Moon in Gemini which included the Sun and Venus in Gemini, Jupiter in Virgo, Saturn in Sagittarius, and Neptune in Pisces. This configuration resulted in unclear and unknown circumstances and situations in our lives and we needed to adopt a “go with the flow” kind of attitude as we attempted to sort out what it all meant.

We also experienced Neptune turning retrograde while it was challenging Saturn (an energy still in effect for the next few months) which brought a push-pull energy of illusion vs. reality. And lastly, Mars, planet of energy and action, turned back to direct motion in Scorpio at the end of June, focusing on areas within our lives where we needed to take our power back. Now, we are experiencing the fallout of that energy which will bring many changes, both personally and globally.

The first significant astrological happening is a New Moon at 12-13 degrees of Cancer on July 4th. This New Moon lunation is powerful because it opposes Pluto, planet of transformation and change. It will bring transitions to situations involving our sense of security, home, family, and other circumstances of an emotional nature.

On July 12th and 13th we have Venus and then Mercury both transitioning into the sign of Leo. We all want to be heard and recognized for who we are….we, as human beings, desire to be appreciated for our gifts. With both Venus and Mercury now in Leo, our “Light” and creative self-expression can shine like never before…..the energies of generosity and love can exude forth to others, and hopefully we can all be appreciated in return for what we have to offer.

There is a Full Moon at 27 degrees Capricorn on July 19th. This lunation is in a challenging aspect to a stationing Uranus in Aries, the planet of Higher Dimensional energies and the Lightning Bolt of Change! This Full Moon chart also has Saturn challenging Neptune within about 1 ½ degrees, which focuses on that energy of reality vs. illusion……what is truth and what is fantasy?

The Sun moves into Leo on July 22nd, joining Venus and Mercury in this creative fire sign, and Mercury then shifts into earthy Virgo on July 30th. But, it is what happens on the 29th of July that is the huge point of interest for this month!

On July 29th Uranus, the Great Awakener, will shift into retrograde motion at 24 degrees of Aries! It has been at the 24th degree for the entire month, but will be especially felt the second half of the month as we approach our Full Moon in Capricorn. Get ready for some unexpected and surprising happenings and revelations to take place! The motto of Uranus is to “expect the unexpected” and I believe we are going to be shown why this is the case this month.

I suspect we, as a humanity, will be awakened to some circumstances that we may not have previously been aware of. Some of this information may shock us…..some of these energies and situations may be difficult to believe…..this will all be a part of the Tower Card Energy and the 16/7 Karmic Numerology Vibration that heralds in the destruction of the old, in preparation for the new.

Please be sure to watch the Monthly Angel Card Reading Video for July 2016 below and catch my weekly videos on my YouTube channel, Vimeo, or on my Face Book page  under “Colleen Lemma” to hear what messages our angels and guides share with us for the upcoming month!

In this reading, Rev. Colleen uses Doreen Virtue’s Angel Tarot Deck and for the special messages she uses the Fairy Tarot deck also by Doreen Virtue and Radleigh Valentine. 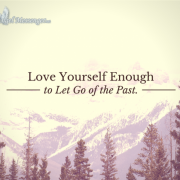 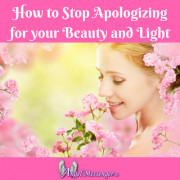 How to Stop Apologizing for Your Beauty and Light 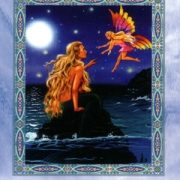 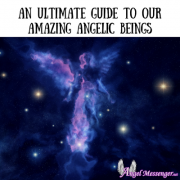 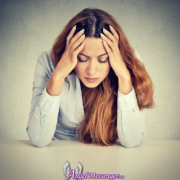 Are You a Highly Sensitive Person? 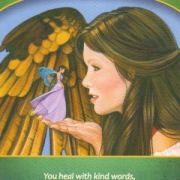