You all seem to want to know how my time in Toronto went, so here it goes …

I Can Do It Toronto was a great event!  I can’t believe how many people were there – even the Angel Card Reader certification class with Doreen Virtue on Monday had about 600 people!  It might have been even more than that; you can see the whole audience in this vid eo that Doreen recorded during the class.  The class was sold out, and people were trying to buy tickets.  Because I’ve been doing readings for so long, I don’t think I really learned anything new about how to give an Angel card reading, but I met some great people and am now certified by Doreen and Radleigh to teach.  It was very much worth the time, and I do plan to teach some classes, so it was also great to see how they teach.  Also, I have to say that Radleigh Valentine is one of the kindest and most sincere souls I have ever come across.  I absolutely loved him!

I never realized how funny Brian Weiss is, but it was a true joy to listen to him.  He made a joke that everyone who hadn’t ever heard of him or bought his books before was welcome to get up and leave now.  I guess it’s one of those things where you had to be there, but he said everything so seriously, and it was really funny.  He also led the entire auditorium in a past life regression.  Before the regression, I had a brief impression that my husband and I might see something similar because we were sitting next to each other and have shared so many lifetimes.  It was the first time my husband had ever done a regression, and we both saw some profound things – despite the person snoring behind us.  😉

Brian took us to when we were in utero.  I saw nothing but darkness, although I could see shadows of people who I imagined where people in my mother’s life.  Everything was darkness, and I realized that I had not wanted to be there.  It had not been my choice to come, but I had come for someone else.  It was then that I noticed a bright light to my left (which was where my husband was physically sitting).  At first, I tried to block it out because I thought it was something in the auditorium (like the snoring), but then I realized it was a soul.  It was actually my husband’s soul that I was seeing through the darkness in my mother’s womb, and I knew that we would be together in this life.

My husband had a similar experience during that part of the regression where he was really upset because he knew that it was his decision for us to come here – though I had not wanted to come, and he was afraid that I would change my mind.  We have always joked that we are almost exactly 9 months apart because I couldn’t stand being in Heaven without him.  Maybe our “joke” is really true.

Immaculee Ilibagiza was one of the most extraordinary people on that stage.  They were all amazing in their own way, of course, but both my husband and I had experiences where our souls literally reached out to hers and felt the need to protect her from what she had experienced.  She recited how she prayed that God would “forgive them as they know not what they do”, and that truly touched my soul because that is how I have seen my own past for a long time – despite how others think I’m crazy for forgiving them.  And then I realized that it was no one’s place to protect her from her path, just as it was no one’s place to protect me from mine.  Sure, I was angry for a time … angry such things can happen, angry that people stood by helplessly watching from the sidelines, but our lives are our own and make us who we are meant to be.

Speaking of forgiveness, Michael (Doreen Virtue’s husband) shared a story about Gandhi/Buddha (I can’t remember) where he was walking town to town teaching, and a man full of anger approached him and began yelling at him.  The man eventually asked Gandhi why he was not getting angry in return.  He said, “If you come to my house and bring me a gift but I do not accept the gift, who does it belong to?”  The man answered that the gift would belong to him.  And Gandhi then asked, “If you offer me the gift of anger, and I do not accept it, who does the anger belong to?”

Doreen’s husband has to most incredible presence, too.  You can tell that he is very connected with the Archangel Michael.  If you were to ask me how tall Michael is, I would say HUGE!  There really is no way to measure the size of someone who’s energy is so large that they exist outside our realm of existence.  After Doreen spoke, I was in the lobby when she and Michael walked by.  It was impossible to not see their connection; they reminded me of an honorable knight from long ago guarding a very special and gentle member of royalty, and I would not be surprised if the image I saw was of them in a past life.  Michael is like a guardian angel on Earth watching over Doreen; it was beautiful to see.

I did speak with Doreen briefly when she signed my book.  I thanked her for staying and signing everyone’s books as I had heard one of the staff mention that her line was the longest they had ever seen her have.  I had waited in line for the entire next speaker, and there was still quite a line behind me.  Doreen was concerned that everyone was missing him speak and was surprised to learn he was already finished and signing books right behind her.

Seeing her energy in her videos is different from seeing her in person.  She has a very sweet and gentle energy – another one my soul wanted to offer protection to.  That would be confusing to me, but I learned some things about myself in that past life regression with Brian.  In one of my past lives, I have been a warrior for good, a knight searching for and protecting the truth.  I don’t want to say more without doing more research into what I saw, but it certainly explained a few things.

I could probably go on forever mentioning each speaker and how each affected me, but it’s time to move on to my next project now.  A major knowledge that my husband and I brought back from the event is how truly entwined our paths will become as we continue on our spiritual journeys – and our spiritual work.

If you ever have a chance to go to one of the I Can Do It events, or another Hay House event, you should really consider giving this gift to yourself.  Be the Light because that is who you are meant to BE! 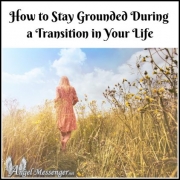 How to Stay Grounded During a Transition in Your Life 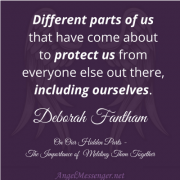 Our Hidden Parts - The Importance of Melding Them Together 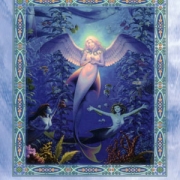 Are You A Truth Seeker? 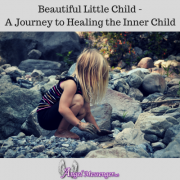 Beautiful Little Child - A Journey to Healing the Inner Child