I don’t usually watch the news, but this morning I happened to be visiting my dentist where they were watching some celebrity TV show talking about Roman Polanski having sex with a minor. At first, I thought the issue was that this just happened and that his friends were saying he should get away with it, but then I realized this happened 30 years ago. So, the question is … “Does 30 years make it any better?” My answer is ABSOLUTELY NOT!!! Roman Polanski was a 43 year year old man who had sex with a 13 year old child. That is not okay! Yes, as I understand, he might have been going through some difficulties at the time … still, not an excuse. The media seems to be having a field day with this, and many celebrities are standing behind him. Do we assume these celebebrities think this type of action is okay? Do they want their little girl being forced into having sex with an adult, or having sex at all for that matter? I just don’t understand this line of thinking, and I am considered to be a VERY understanding person. He may be successful in his business, but that doesn’t mean he can direct people in the way they know this is wrong. He’s trying this, obviously, but no amount of seeing it his way is going to make it right. I understand that he thinks the judge had it out for him or something, but no judge should have let him get a way with it – no matter who he thinks he is. That also brings up another point … this type of behavior is all too prevalent in Hollywood. How many directors have made money off the idea of a young girl being taken advantage of by a sicko who says he a “photographer”. I believe this idea has been used on CSI and a few million other shows and movies. The idea makes money because it’s real – too real. Seriously, why do Roman Polanski and his supportive friends think this is acceptable behavior?

Two weeks after Polanski plied her with Champagne and a Quaalude, Samantha Gailey appeared before an L.A. grand jury and recalled Polanski’s predatory behavior in a Mulholland Canyon home owned by Jack Nicholson.

The teenager’s troubling–and contemporaneous–account of her abuse at Polanski’s hands begins with her posing twice for topless photos that the director said were for French Vogue. The girl then told prosecutors how Polanski directed her to, “Take off your underwear” and enter the Jacuzzi, where he photographed her naked. Soon, the director, who was then 43, joined her in the hot tub. He also wasn’t wearing any clothes and, according to Gailey’s testimony, wrapped his hands around the child’s waist.

Just this is child abuse, but it gets much worse …

The girl testified that she left the Jacuzzi and entered a bedroom in Nicholson’s home, where Polanski sat down beside her and kissed the teen, despite her demands that he “keep away.” According to Gailey, Polanski then performed a sex act on her and later “started to have intercourse with me.” At one point, according to Gailey’s testimony, Polanski asked the 13-year-old if she was “on the pill,” and “When did you last have your period?” Polanski then asked her, Gailey recalled, “Would you want me to go in through your back?” before he “put his penis in my butt.” Asked why she did not more forcefully resist Polanski, the teenager told Deputy D.A. Roger Gunson, “Because I was afraid of him.”

Many have asked if Roman Polanski should be forgiven for his actions. From where I stand, he only needs forgiveness from two people. The victim, Samantha Geimer, has said that she forgives him. If he’s actually sorry, God has forgiven him as well. As a people, he does not need our forgiveness nor do I believe he cares whether or not it’s received. But, should he serve time for his crime. Well, now that’s another question all together. In my opinion, yes he should. This is not only a crime against humanity that could send a very sad message to others in the “industry”, but I have to say it’s also a crime against his own soul. Yes, I believe in past lives, and maybe he encountered something in a past life that led to this. However, I would also consider what this will do to his next lifetime. Getting away with what he’s done and not dealing with it could very well cause problems for him later – after life or other. I doubt he’s too concerned about this, but it’s a thought. I mean, he wouldn’t be the first ghost in history to be afraid of moving on because of something they’ve done.

My opinion is that Roman Polanski needs to pay for his crime in whatever way the judicial system deems appropriate. Does he need therapy? Probably. Does he deserve prison? That’s not for me or anyone but a judge to decide. Of course, if you’d look inside my head, you’d see a big YES! there. Roman Polanski may or may not be a good person – that’s not what’s being debated here. The point is that the man’s actions were sick and wrong. In my book, this is one area in which it is never okay look the other way.

10 Simple Ways to Keep Your Family Spiritually Fit this Summer 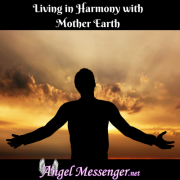 Living in Harmony with Mother Earth 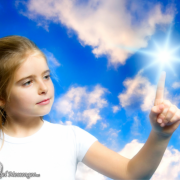 Honor Thy Children (Save The World) 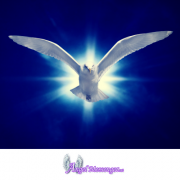 How to Exemplify True Forgiveness - An Overwhelming Example