We are entering a month of powerful eclipses! First, a Full Moon Lunar Eclipse in Aquarius and later in the month a New Moon Solar Eclipse in Leo! This eclipse season will highlight intense energies of change and redirection for all of us, both personally, and within the collective of humanity.

But first, let us take a look at the Numerological Energy for the month.

August is an 18/9 Universal Month Energy. The number 9 is the last of the single digit numbers and so represents the end of a cycle of energy for us.  This month is about the end of or releasing of, an old way of being, thinking, and believing, in preparation for a new beginning which will occur in September. In a 9 energy, we need to surrender and “go with the flow” as we let go of all that no longer serves us. This number vibrates to the qualities of unconditional love, compassion, and selfless service to humanity. We must merge with our true spiritual nature, both for others and for ourselves. If we have trust and faith, while we surrender to the Divine Plan, we will be led to the next step on our journey. The 18th Major Arcana in the Tarot is The Moon. The Moon rules our subconscious fears…..the doubts and illusions of the inner mind. In the book, “Essence of the Tarot” by Megan Skinner it is written that The Moon rules the Path of Darkness, but it is also about the “soul in search of rebirth.” Within our journey through the “darkness” and depths of our subconscious, we can achieve wisdom, illumination, and enlightenment. It is a time well spent alone, as we emotionally purge and release all that we no longer need….old patterns, belief systems, circumstances and relationships that are not in vibratory alignment with the new truth that is emerging…..our new truth!

The first astrological energy of significance this month is Uranus, ruler of Higher Mind/God Mind energy, turning to retrograde motion on August 3rd. We will be feeling this strongly the first few days of the month as it slows down to shift directions. Uranus rules sudden and unexpected happenings, “lightning bolt” realizations, and unusual circumstances.

On August 4th Jupiter, the planet of expansion, challenges Pluto, ruler of death & rebirth which is about our belief systems undergoing a transformation. This leads us to the first eclipse of the month…..the Full Moon Lunar Eclipse at 15 degrees Aquarius/Leo. Aquarius (where the Moon will be in this lunation) rules love given and group resources and Leo (where the Sun will be in this lunation) rules love received and creative resources. We will experience changes in these areas of our lives, and also in the areas of life where the eclipse falls (by houses) in your personal astrological chart. One thing to note is that the North and South Nodes (Destiny Points) will hit this degree of 15 degrees Aquarius/Leo in December 2017. Whatever changes this Full Moon Eclipse activates in August will be highlighted again in December, so pay attention and send out your most positive intentions for manifesting your goals and dreams.

Mercury, the planet of the mental realm, goes through another retrograde cycle starting on August 12th at 11 degrees Virgo. It retrogrades all the way back to 28 degrees Leo (which interestingly is the degree of our upcoming New Moon Solar Eclipse) before turning back to direct motion on September 5th. As usual with any Mercury Retrograde, there may be a miscommunication with others, electrical and mechanical dilemmas, and faulty thinking. It is a time for contemplation, researching, organization, refining, and redoing things that we have already started.

Between August 15th and 24th Venus, the planet of partnerships and finances, in Cancer is connecting with Pluto, the planet of huge changes, then Jupiter, ruler of our belief systems, and finally with Uranus, the planet of freedom. Romantic, business, family, and friendship relationships may go through a significant change or shift during this time. Or, this could also manifest a new relationship or partnership which will become very important in our lives.

In the middle of this shift of energy, we have a New Moon Solar Eclipse at 28 degrees Leo. Before this powerful new beginning energy, while we are still in the “dark of the moon” phase, the Sun, our identity, will positively connect with Uranus, the planet of rebellion. We are “breaking free” of an energy, belief system, or situation right before the powerful eclipse energy begins!

The Sun moves into practical, detail-oriented Virgo on August 22nd, Venus moves into creative, fun loving Leo on the 26th, and Mercury follows Venus into the leadership, fire sign of Leo on August 31st.

On August 25th stern Saturn, ruler of structure and form, turns back to direct motion at 21 degrees of Sagittarius. We will be feeling this slow down all month as it is getting ready to redirect. Saturn rules 3rd-dimensional time so we may feel as though time is at a standstill as we are moving through the emotional energy of this “Moon Card” month. We must have patience, as we are building a solid foundation for our future and we may not see the fruits of our labor until later on in the year, or even into the next.

It is important to realize that we are still experiencing the very positive configuration of a Fire Trine that started forming between Saturn in Sagittarius, Uranus in Aries, and the North Node in Leo back in May 2017. Saturn rules the past, Uranus rules the future, and the North Node is about a karmic redirection on one’s Destiny Path. Since May doors to new possibilities and potentials have been opening up to us. This Grand Fire Trine is in effect until the end of October, and although the full manifestation of new events and situations may not be complete, it is a time to create and intend the flow of energy towards a new direction, new path, and new life. Take advantage of the energy….use the magic and create!

Please be sure to watch the Monthly Angel Card Reading Video for August 2017 below and watch my weekly readings on my YouTube channel, Angel Messenger website, or on my Facebook page to hear what messages our angels and guides share with us for the upcoming month!

The cards used for the main message in this reading are from the Sirian Starseed Tarot by Patricia Cori and Alyssa Bartha.  For the special messages, Rev. Colleen uses the Goddess Guidance Oracle Cards by Doreen Virtue. 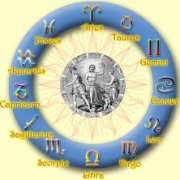 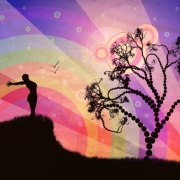 A Complete Package for Soul Healing 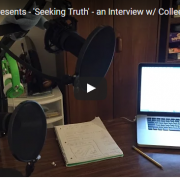 The Question of Unrequited Love – Can We Really Change Others?
Scroll to top