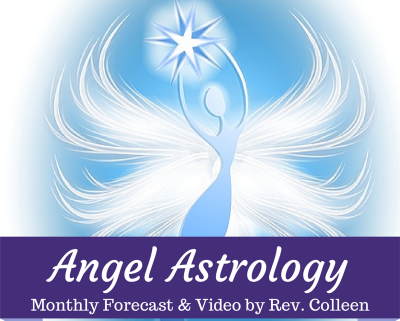 2016 is a brand new year with a brand new vibration from a numerology perspective! The Universal Year Energy of this year is a 9. In numerology, the number 9 is the number of endings and the completion of a cycle!

Some of the keywords and phrases of focus for this year will be: Releasing, purging, going with the flow, having trust and faith, surrender, unconditional love, compassion, humanitarian endeavors, philanthropy, spiritual freedom, the end of the old energies and an old cycle in preparation for a new direction and a new way of Being and expressing, which will take place in the year 2017.

There will be huge transitions on a physical, emotional, mental and spiritual level, both collectively, and individually. People may change directions on their career path, start new projects and release what isn’t working, end relationships that do not vibrate in their best and highest interest and form new associations, move from one location to another…..these are just a few of the circumstances that we may see and be a part of this month. The 10th Major Arcana in the Tarot is the Wheel of Fortune. According to Megan Skinner in her book entitled, Essence of the Tarot, the Wheel of Fortune is considered the Path of Opportunity and is all about “Change”. This card symbolizes the Wheel of Life that is constantly in motion and, therefore, constantly bringing changes into our life. Change is an energy from which we learn and grow as a soul on our evolutionary journey through life!

The Wheel of Fortune is ruled by the planet Jupiter, the planet of expansion, growth and opportunities! It is interesting, and worth noting, that this planet is going into retrograde motion this month in Virgo, a sign that rules paying attention to details and taking small steps towards our goals. Take whatever steps you are guided to take, however small they may seem, as this will create a doorway to change that will assist you on your Destiny Path!

The first major astrological energy that we encounter this month is Mars, planet of action and forward momentum, moving into the sign of Scorpio on January 3rd. It will stay in the watery depths of this sign until March 5th when it enters the sign of Sagittarius. However, Mars will return to this sign that rules the subconscious at the end of May and stay there until the beginning of August because of retrograde motion.

While Mars is in this sign it is strong, driven, passionate and ambitious. It pushes forward with an undeniable force to accomplish things and bring them to completion. This will be good for those who are initiating new ideas, projects or directions in their business or career.

In personal relationships of a romantic nature, there is a passion and desire with Mars in Scorpio, to merge our energies through sexual union. We are looking for a deeper experience, and attractions may be strong and magnetic. With other relationships in our lives, there may be an assertive or “fighting spirit” that we exude, in situations and circumstances that we are passionate about. Be aware of how strong your energies may seem to other people and learn how to tone down, or reign in, what may be too intense for others to handle.

On January 5th we enter another Mercury Retrograde cycle, however we will start to feel the effects of this as early as December 19th when it enters its “shadow period.”

Mercury will turn retrograde at 1 degree of Aquarius and retrograde all the way back to the 14th degree of Capricorn before turning to direct motion on January 25th. This arriving so soon after the Christmas holidays, we will likely see a lot of returns on the gifts purchased over the holiday season. In matters of initiating new directions or projects in our careers, relationships, or on our Destiny Path in general, it is likely that we will have to review what we have started and fine tune any “bugs” or challenges that have presented themselves.

Another planet turns retrograde on January 7th. Mighty and expansive Jupiter starts its retrograde cycle at 23 degrees of Virgo and goes all the way back to 13 degrees Virgo before turning direct on May 4th. During this time, the energies of Jupiter turn inward, allowing us to learn from the steps we have taken thus far. We can look at what is occurring from a different vantage point, and then, if need be, expand in a different direction. Remember, Jupiter wants to expand and see the big picture, but the sign of Virgo wants to pay attention to the small details, so we have to learn to combine these energies as we learn and grow on a soul level from the steps we are taking in our lives.

This brings us to the New Moon on January 9th at 19 degrees Capricorn! Mercury and Jupiter have both just recently turned to retrograde motion, so we have an interesting influence as this lunation of new beginnings unfolds. Also the Moon will meet up with Pluto, planet of transformation, and create a challenging aspect to Uranus in Aries, which is about blazing a new trail and being our unique and independent Selves, right before the New Moon time period.

We would think that this New Moon is the perfect time to initiate our new goals (which Capricorn rules) but remember that because of Mercury retrograde, it is likely that we will have to, at some point, restructure, reorganize and redo what we set into motion at this time.

The next significant astrological energy is the Sun moving into the sign of Aquarius on January 20th. This is the usual movement of the Sun at this time as it rules this sign from January 20th – February 19th every year. Aquarius energy is very independent, intellectual and freedom-oriented, although wants to do what is best for the greater good of humanity.

On January 23rd the planet Venus, ruler of love and finances, moves from freedom-loving Sagittarius, into practical and grounded Capricorn where she stays until February 16th. She will now be more goal-oriented and focused on the steps she needs to take to accomplish her tasks and move herself ever closer to her dreams and ambitions.

Also on Saturday, the 23rd, is our Full Moon at 3 degrees Leo! This Full Moon lunation is in a challenging square aspect to Mars in Scorpio so be ready for some stubborn energies as both Leo and Scorpio are fixed signs. Emotions may be intense and people may be reactive and passionate, but there is a driving force with this energy to push through to where you desire to go with it!

There are two other astrological configurations worth noting, although they do not come into an exact aspect this month.

The first is Saturn in Sagittarius in a harmonious trine aspect to Uranus in Aries. These planets are both in Fire signs which are about creative self-expression. Uranus likes to “buck the status quo” and “beat to his own drum” while Saturn likes to “conform” and “follow the rules.” However, this is a beneficial transit where they are willing to work together for the betterment of humanity and to allow positive movement forward in our personal lives as well. Saturn can assist with the manifestation principle, while Uranus, the heavier and more dominant planet, brings in a new wave of energy……a new direction……and a new way of Being and experiencing the world!

The second astrological energy we are experiencing is Pluto and Uranus coming together in a square aspect once again in an attempt at bringing in huge transformation and change for all! Although the seven exact Pluto/Uranus squares happened between June 2012 – March 2015, these two generational planets come very close together……within 1-2 degrees of one another in January, February and March before pulling away from each other for good.

This intense death & rebirth energy for the month of January, along with the entrance into a new Numerological Year that rules the end of a cycle in our lives, will surely initiate us into a year that brings great changes and redirections in the lives of many!

Please be sure to watch the Monthly Angel Card Reading video for January 2016 below (or on my YouTube channel) to hear what messages our guides and angels share with us for the month!

Wishing everyone a Happy New Year 2016! 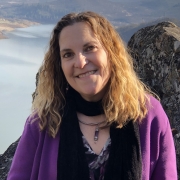 Turn Your Dreams into Reality – Every Little Step Counts 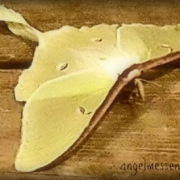 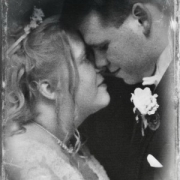 Are You Missing Out on the Love of Your Life? 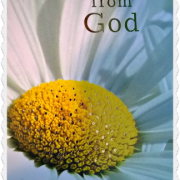 My "I Can Do It" Toronto Experience 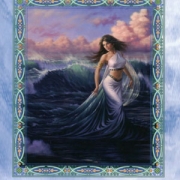 Time to Move On

The Changing Seasons of Mother Nature