The Amazing Angel’s Invitation to A Wedding

I was 22 years old at the time and I had just moved to a new country. Somehow I had found myself in a situation where I was being cyber bullied by someone who was once very close to me. I was distraught and could not figure out what the universe was trying to teach me or guide me towards. So I did what I usually do when I’m feeling confused- I pulled out my Doreen Virtue Angel cards. I cleaned up the room, dimmed the lights, lit the candles and placed my crystals on the ground around me. I set my intention for the reading and attempted to connect to the divine intelligence within me. As I was about to pull out the first card, the “Change in Direction” card fell out of the deck.

I immediately put it aside and asked the angels for more clarification as to why it had fallen out. I then pulled out the “wedding” card.

At this point, I felt completely confused and decided to put my cards aside. I felt as if my energy was off and that the cards weren’t making much sense.

The next morning, I was scrolling through my social media account when I realized an old friend of mine, whom I always considered being wise and spiritual, was in town. I reached out to her and we decided to meet within a few hours. We were discussing spirituality, in particular, the different faces of the ego when she suddenly stopped me and asked me if I’d like to accompany her to an event she was attending at the Kabbalah center right after our meet. I had heard about Kabbalah in the past, and as a religion major in University, I had briefly studied about their teachings and philosophy. I was a bit hesitant at first especially since it was the friend who was cyber bullying me who had introduced Kabbalah to me years ago. Why did she want to take me to the one place where my feelings could be triggered? She asked me to trust the universe and that at the very least it would be a new experience for me.

I agreed to let go of my fears and together we walked towards the center. Once we got there, I noticed that everyone was dressed in suits and dresses. I asked her what the event was and to my amazement, she responded “ A Kabbalistic wedding”! How is that possible? Last night I had just pulled out the wedding card and now I was unexpectedly at a wedding. As I introduced myself to everyone, they each kept asking me if I was excited. At first, I thought they’re referring to the wedding but by the third person, I finally asked what they meant. “Well Michael Berg is here, and he’s officiating!” For those unfamiliar with Kabbalah, Michael Berg is the son of Karen and Rav Berg, who courageously opened up the teachings of Kabbalah to the public many years ago. What an invitation; my first time at the London center, and the co-director was there! While we were waiting for the ceremony to commence, one of the center’s teachers came by and asked me how I ended up here. As I told him the story of the angel cards the previous night and my last minute meet-up with my friend after 3 years, he immediately asked me to partake in the upcoming classes at the center. Without asking the dates, I politely declined as I was going away on vacation the coming week. Our conversation went as follows:

Teacher: Well at least try to attend the introduction seminar
Tannaz: When is that?
Teacher: February 11th
Tannaz: That’s on my birthday!
Teacher:  Another sign! & When will you be coming back to London from your trip?
Tannaz: February 16th
Teacher: Well that’s when the classes actually commence.
Tannaz: I give up! Count me in The ceremony was absolutely beautiful and Michael Berg’s words of wisdom about the need for unconditional love and empathy in a relationship became engraved into my mind. Once the ceremony ended, we headed down to the reception area where the bride and groom were to tell us the story behind their relationship. Their story was unbelievable! They had met only once when a while later the groom started to have dreams about her. Over the next couple of months, he kept dreaming about her giving him a key. He finally contacted her and asked her out on a date. That date had led them to this very moment at the reception.

That day felt like a dream to me. It was filled with signs from the universe assuring me that everything in my life is divinely planned and that I must be open to whatever the universe has in store for me. Reservations and fear can only prevent me from experiencing more light.

Tannaz Hosseinpour is a philanthropist, angel card reader, meditation facilitator and reiki healer based in Dubai, UAE. Her teachings focus primarily on love/empathy, sharing, and ego. She recently started a Podcast called Minutes On Growth, where she provides tips on how to attain a healthier spirit, body, and mind. 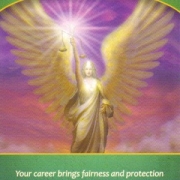 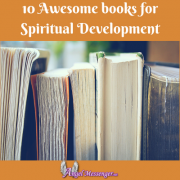 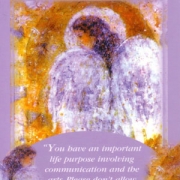 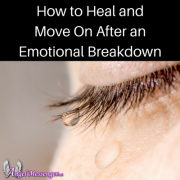 How to Heal and Move On After an Emotional Breakdown 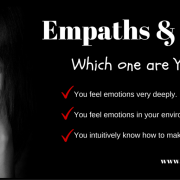 Empaths and HSPs, Which One Are You?

Why are Saints Important and What is the Deal?
Scroll to top