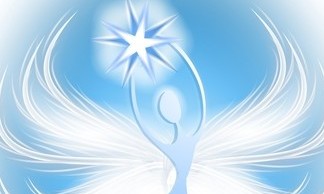 On January 30th 2013, Jupiter, the planet of good fortune, expansion and our belief systems turned to direct motion. So, hopefully you used the time period that Jupiter was retrograde, (since October of 2012) as a time to review your own belief systems regarding yourself and what you believe you can accomplish, as well as your beliefs regarding situations and relationships in your life. The energy for this would have been even stronger last month in January as it was slowing down in speed and getting ready to turn to direct motion to move forward once again.

So now we have all of the planets moving forward……………at least for the first 17 days of the month when Saturn, the Great Teacher and Lord of Karma will turn retrograde in Scorpio on February 18th. This will be followed by Mercury, planet of communication and ideas going retrograde six days later on February 23rd.

Take advantage of this time period between February 1st – February 17th to move forward full steam ahead with projects, opportunities and creative endeavors as this will be a most beneficial time to do so. When all of the planets are moving forward in direct motion there is a speeding up process with things moving and actualizing quickly. There are no energies standing in the way of progress now. Be open to Divine Guidance and Direction as there may be opportunities that come in from “out of the blue” and unexpectedly.

With that being said, there does seem to be a bit of a strange energy right around the time of the New Moon in Leo on February 10th. Communications may be vague or unclear and perhaps somewhat exaggerated and there seems to be a karmic shift or re-direction of energies………..it might be accurate to say that it is a time of purging old energies. Yes, we are still purging and releasing old energies physically, emotionally and mentally that are not in alignment with our Higher Soul Self and Divine Direction.

As Saturn turns to retrograde motion at 11 degrees Scorpio on February 18th he will bring to our attention over the next few months (Saturn will be retrograde until July) lessons in all the areas ruled by that sign – Power, control, abuse, other people’s money and resources, issues of death & rebirth, energies of transformation and transmutation, purging, releasing, elimination and things that are hidden.

Mercury goes retrograde at 19 degrees Pisces on February 23rd for three weeks. It will turn back to direct motion in mid-March at 5 degrees Pisces, giving us a chance once again (as it does every three months) to re-evaluate, review, reflect, reorganize, and redo any ideas, thinking or communications that need any kind of revision. As always, it is not a good time to sign contracts, initiate new projects or make any major purchases, especially electronics or vehicles.

This all leads us up to the Full Moon at 7 degrees Virgo on February 25th. Jupiter squares this lunation so, again, we are likely going to see and experience energies being blown out of proportion and situations being exaggerated so just be aware. There is also the opportunity for unusual solutions to issues and Divinely Guided messages if we listen.

There were specific messages that Spirit and the Angels wanted me to share for this month. They all seem to revolve around the idea of the continued purging and releasing of old energies that we are still going through. The first was about relationships of a romantic nature. Some of you may be dealing with old emotions and thoughts of betrayal or abandonment. Some of these feelings even come from previous lifetime situations that are still being purged from the cellular memory. The Angels say a new beginning is near and they are burning away the darkness involving these old situations and the feelings and energies associated with them. A balancing of emotional and mental energy is taking place and you will find a new strength and courage to move forward.
The second message is regarding finances and projects of a material-based nature. Again, a karmic purging is taking place……..spiritual lessons are being learned (hopefully). Some of these lessons are about self-worth, learning to value yourself and not compromising your principles. Spirit reminds you that your thoughts and words create your reality (this is happening more and more quickly now) and so to be aware of what you put out there. You have the power to remove the chains that seem to bind you, as this is all an illusion. As you use your spiritual powers of prayer, visualization and imagination you will be able to create and manifest the most positive outcomes.

The third message is about the purging and releasing of old subconscious fears and energies. Those energies are coming to the surface more quickly now so be patient with yourself. A lot of these energies are the old mental constructs that we had that are no longer beneficial or valid as we move forward into the new paradigm of energy on the planet. You may feel like you are fighting with yourself sometimes as these energies surface to be let go from your consciousness. I am assured that as you adjust your belief systems and thoughts to be more positive and in alignment with the Light, that “victory” will be yours.

And lastly, as I asked the Angels for any final messages that they may have to share, they said that we are all coming into our Spiritual Power. They want us to use our creative self-expression, be open to new possibilities and directions as they are Divinely shown to us, make positive changes in our lives and trust our intuitions and feelings as we move through this month of February 2013!

Blessings to All of You!

Colleen is an incredibly accurate intuitive astrologer with well over 10 years of experience, and she is now offering her services here through Angel Messenger. Readings with Colleen are a combination of Intuitive Astrology, Numerology & Tarot. Telephone appointments with Colleen are currently available within the U.S. only, though she does offer email readings worldwide. Read here for more about Colleen.

We’re Headed in the Right Direction