I just wanted to check in and say hello to everyone this morning.  I’ve been feeling a bit under the weather, and it’s been kinda miserable.  I know I’m behind on getting back with people through email, so I thought a quick post might be enough to let everyone know that I have not forgotten about you.

Despite all the vitamins I take, my body could not fight this off, and I finally had to go to the doctor yesterday.  Going to the doctor is never on top of “my favorite things to do” list, but that’s even more true now as my family no longer has health insurance.  I put off going because I feared the expense, and with my husband being out of work, it’s just not a good time for extra expenses.  However, I was pleasantly surprised by my visit to the doctor yesterday.  I saw the nurse practitioner there, whom I do very much like by the way, and she was wonderful.  She took her time and really listened to what was going on with me.  Last year, I came down with this same type of thing and ended up with pneumonia because I had to go to a Ready Care clinic, and they wouldn’t give me antibiotics.  Apparently, I handle being sick abnormally well, and so I don’t always look as sick as I am?  That office didn’t believe I was that sick until it was too late.  So, anyway, the nurse gave me antibiotics yesterday, and I’m already starting to feel better. Then, I realized that my doctor’s office has a special rate that they charge people with no insurance, so it was cheaper than going to Ready Care.  And, when I got to the pharmacy (I love my Pharmacy, too, by the way.), they gave me a discount card for prescriptions which made my medicine only $10.  They also have several types of free antibiotics, but I needed something stronger.

There is something big I learned in all this, and I’m hoping my husband will realize this, too.  😉  When he lost his job (the company he worked for went under at the end of 2012), his greatest fear was that I would get sick, and he wouldn’t be able to take care of me because we have no insurance.  Well, I got sick, and we have no insurance.  Frankly, my husband was freaked.  He was terrified that we would end up in the hospital again like last year.  But, you know what?  Sometimes, you just do what you can and let the rest fall where it may.  We may no longer have health insurance, but things are changing around us.  Doctors and pharmacies are making changes to accommodate for those of us without the security blanket an insurance card provides.  I don’t know what would happen if I did have to go to the hospital, but I’d like to think they’re humane enough not to leave me in a hallway to die.  Though, I think it’s more the part after that where they come hunting for your blood to pay for the services that has my husband worried, but I have hope.

Though I seriously hate being sick, there was a silver lining and a message here.  Even when our fears were realized, it wasn’t quite as bad as we thought (knock on wood; I’m not over it yet).  And this gives me hope, not only for my family’s future but for humanity in general.  Maybe we’re headed in the right direction after all.  🙂 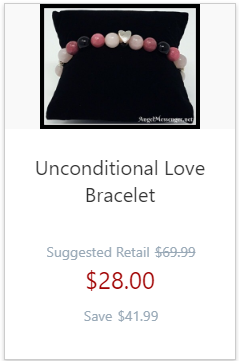