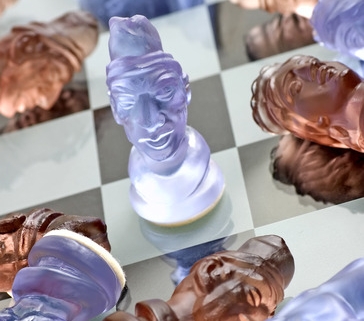 Technically, I wouldn’t call myself a “Survivor fan“.  I’ve only missed one season of the popular reality TV show, but that’s more because my husband is a fan, and now so is my son.  Okay, so we watch the show as a family.  I’m not big on backstabbing and drama, but it’s easy for me to connect to people and care about them.  Two of those people this season were Cochran and Brenda.

FYI – spoiler alert for fans.  I do mention who won, so stop reading now if you recorded it and don’t want to know.

Brenda is probably one of the nicest people to ever play survivor.  I would have loved to see her and Eric up there in the final three with Cochran last night.  Brenda, if you just happen to read this, let me say that I couldn’t have done that to you.  I know it’s a game, and I understand where Dawn was coming from, but I couldn’t do it.  I would have aligned with you no matter the cost because you deserved to win.  Yes, I also understand that would make me a terrible player.  😉  If I had six kids, maybe I would feel differently, but I hope that’s not the case.  I sincerely wish nothing but the best and the utmost happiness for Brenda.  Congratulations on being a new Mom, too!  <3

As it stands, I am very happy that Cochran won.  Though he was part of the plan that took out Brenda, his plan was strategy only, and his choice didn’t carry the same ugliness.  I was a fan of his for the entire game.  Cochran is simply a very unique and loveable guy, and I want to thank him for what he said at the reunion show.  When Jeff asked him about the changes between the first time he played and now, Cochran said that the biggest difference was that he accepted himself for who he is and found it liberating.  When he said those words, I could see the pure joy and honesty in his eyes and wished that so much for myself.  Cochran inspired me to find out who I am and to set myself free.

When I’m in public, I always feel less than.  I feel like I’m less worthy, like I’m less attractive, like I’m less intelligent.  Maybe that surprises you because I’m a spiritual teacher, but it’s the truth.  Did you know that those with the biggest purpose in this life tend to also have the biggest fears?  Our egos can really do a number on us, and mine has been working overtime since I was a little girl.  Every time I think I’ve won a battle with my ego, I realize there’s still a whole war left to fight.

Even now, my son’s birthday party is this Saturday, and my ego has stepped in to make me feel like it’s because of me that only a few kids have RSVP’d.  My logical mind says that it’s only my ego being a nut, but the thoughts are still there … “What if people in the community have figured out who I am and the kind of work that I do?”  It’s not that I feel guilty or ashamed of my beliefs, but the things that people think and say when they find out can be really horrible.  One of my greatest fears is that parents will no longer allow their children to come to my house or even be friends with my son when they finally realize that I talk to dead people.

For some time, I’ve felt like I need to stop offering readings myself.  I’ve talked about this before.  I hired a wonderful team of professional psychic practitioners and connected with Psychic Access, a reputable on-demand reading company, but I still felt the need to try and offer readings when I thought it possible.  In the last live reading event I did that was open to the public, I was having a medical issue that caused severe pain.  Three hours before the event began, I was in my doctor’s waiting room.  Maybe I should have cancelled the event, but I knew people were expecting me.  I’ve always felt the need to give of myself when asked or when I have felt there is a need, though I do find it ironic that I have not noticed until now that every time I try to offer readings, a new and difficult wrench is thrown into my life.

Maybe it’s time to fully commit to not offering readings myself anymore.  It’s not just about my health or family circumstances; it’s about the other things I don’t have time to do.  At least for the summer, I am dedicating myself to search my soul to find out more about who I really am.  If I were on the absolutely right path, I should feel better about myself … at least that’s what I think.  So, Cochran, thank you so much for your inspiration.  I’m sure I wasn’t the only one who was inspired, and I will buy your book no matter the topic because I want to support your dream of becoming a writer.  Congratulations on winning the game and also on the bigger win of finding yourself and accepting it!

Being Blessed with Children