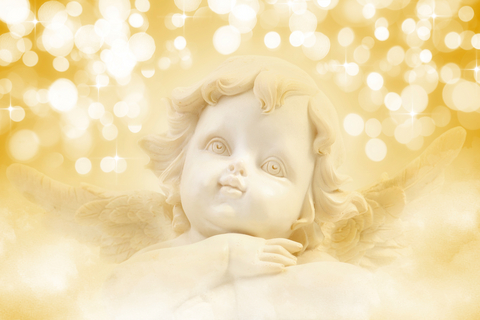 Grandma made a porcelain doll for my 10th birthday. She sewed and stuffed its body and then attached a white porcelain baby doll head to it. An old lady named Mary who lived on the corner of our street, helped Grandma make a red and white necklace for it.

Mary had strung the small beads with arthritic hands and it took her a long time because her hands shook. When she finished she felt very self accomplished. It meant a lot to her that she could help with the doll. Grandma also sewed a lacey white christening dress for it, and placed Mary’s colored beads around the neck.

Mary was in her late 80’s and she had a weak heart. Grandma worried about her living alone. She looked in on her everyday and sometimes stayed the night. She helped Mary with her housework and to “tend” her small tomato garden.

One day while handing cherry tomatoes up to Mary through a window, Mary’s outstretched hand disappeared and everything became quiet. Grandma flung the tomato basket down and ran inside through the back door to find her on the floor. She’d suffered a fatal heart attack.

Five years later on my 15th birthday, I was in Buffalo New York visiting family. I had a lot of teenage ‘down’ time, so decided to read an entire book called Life after Life by Dr. Raymond Moody. It was loaded with convincing and fascinating near death case histories and interviews with people who had temporarily died and had come back to life.

There were out of body stories, journeys to the ‘white light’, and various spirit communications. I finished the book inspired to learn more about the topic of what happens after we die. I remembered a Spiritualist Church I’d visited before moving away from Buffalo when I was little.

That afternoon I felt inspired by the book, to take a public bus down Elmwood Street to a mid week Spiritualist Church service. It was much like I remembered the building used to be, but the people were all different. I recognized no one, and I sat in the back of the chapel and waited for my favorite part to begin – spiritual messages!

We sang about Christ from a hymnal book and listened to a Bible based sermon. Then people sat down in chairs at the front of the service to receive energy faith healings, and finally, three ordained ministers took the stage and began channeling messages from ‘spirit’.

For a while the ‘readers’ spoke to various people in our group and I listened and watched with interest. Suddenly a woman looked toward me and said, “This message is for the young girl in the purple blouse.”

She pointed directly at me.

“There is a woman here with us who passed recently, not so long ago. She wants to wish you, “Happy Birthday” and says you know her.  She says she helped your mother make a doll for you on a birthday once”.  For a brief moment I felt confused because my mother had never given me a doll for my birthday. Then it dawned on me that Mary had always referred to grandma as my mother. The spirit had to be Mary!

The minister wasn’t done with me, yet, she said, “A new male spirit steps forward who you don’t know but he saw you earlier today. He says to you, “There IS life after life” (remember the name of the book I read that day?!)

You never know when a spirit is watching!

So when Grandma was on her death bed years later, I brought up Mary. I told her about the porcelain baby doll coming through from Mary at the Spiritualist Church.

Coincidentally my doll at that time lay packed inside a shoe box in her bedroom closet because my three year old son had dropped it and broken its head. Grandma told me she’d call a friend who would fix it for me.

Years earlier my daughter had broken its original head on our cement porch, when she was also three. Grandma had replaced the original doll head with a matching replica, it looked exactly like the day I received it. Now the second head was broken and we were on our third one, but I was preoccupied with losing Grandma to think much about it.

After she passed away, I forgot all about my doll, but a few weeks later I received a phone call from grandma’s friend who had fixed the baby doll using an exact replica of its original porcelain head. She said that Grandma had called her and asked that she find the same head and fix the doll for me, once again. I was grieving at the time she called and though very grateful, didn’t realize how awesome it was to have my doll back.

The first Christmas without grandma came along and she’d only been gone since the prior February. On that day I struggled to remember her last gift to me- not just for Christmas, but of her lifetime. While looking for a misplaced book, I reached on to a shelf in my storage closet and grabbed a curious shoe box, and when I opened it, my porcelain doll was inside. I must have placed it there absent mindedly months earlier…

Suddenly I realized that having this doll mended for a third time had been Grandma’s last gift to me. I felt that Grandma had read my thoughts that Christmas morning and guided me to find the doll. Of course! Mary had come back to wish me happy birthday and Grandma had come back to remind me of not only our last conversation about such things on her death bed, but also to show me her last gift from her was the doll. She’d called her friend to have it fixed just before she passed away.

I placed my baby doll among the branches of our Christmas tree to honor grandma that year. She looks exactly like she did when I first saw her age ten years old, except I know that my daughter broke the first head, then my son broke the second head, and now there is an exact replica of a third  porcelain head sitting on her body. Mary came from spirit to remind me of her existence, and so did Grandma. Somehow she is a connection between us all. I don’t understand it completely, but I know it’s very special. 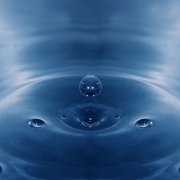