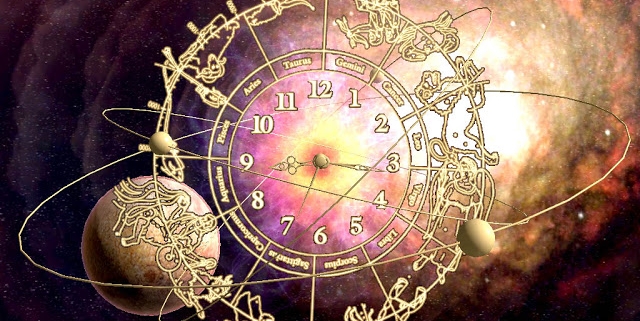 Everything in the Universe is a Blessing when rightly understood.

Everything in the Universe has cycles……energies that ebb and flow such as the tides of the ocean during the moon cycles or the changing seasons of our year from the first seedlings of growth to the harvest of the crops.

In astrology Mercury rules all forms of communication in our lives. It rules speaking, teaching, writing, and publishing. It also rules electronics like computers, televisions and phones (which are devices that we use to communicate), as well as travel.

Mercury turns to retrograde motion three times every year for about three weeks at a time and the effects are usually felt by many even when they don’t know it. The next Mercury Retrograde Cycle is happening from November 6th-November 26th 2012 with effects being felt as early as October 19th and lasting as long as December 15th 2012.

During this time period we should be aware that there may be miscommunication, missed appointments and delays in all areas dealing with Mercury. This is not a time to sign any important papers or documents or start any new projects. Usually there are important pieces of information that are missing that will not come to light until the Mercury Retrograde period is over with.

It is also not a time to make any major purchases. I know we are getting close to Christmas but a lot of times there will be an issue with the product, where it has to be returned, fixed or repurchased because of something faulty or incomplete.

If you are traveling during this time expect delays, layovers or issues with the mode of transportation itself. I’ve known people that have had to be re-routed on their flights or have lost their luggage during a Mercury Retrograde time.

And I often see weird and/or erratic behavior with the workings of computers and use of the internet, phones and other electronics.

It’s important to be aware that the planets do not DO things to you, nor are the planets bad or negative. They are just energies going through their cycles like everything else in the Universe.

When Mercury turns retrograde the energies of the planet turn inward (hence the term “retro”). This is a great time to RE-flect, RE-search, RE-evaluate, RE-organize, RE-analyze, RE-do.

So, take advantage of what Mercury Retrograde DOES have to offer instead of dreading it or dwelling on some of the inconveniences. Be aware, yes……………..but work with the cycle of energies that this time period holds. Everything in the Universe is a Blessing when rightly understood.

With Love and Light to All,

Colleen is an incredibly accurate intuitive astrologer with well over 10 years of experience, and she is now offering her services here through Angel Messenger.   Readings with Colleen are a combination of Intuitive Astrology, Numerology & Tarot.  Telephone appointments with Colleen are currently available within the U.S. only, though she does offer email readings worldwide.   Read here for more about Colleen.