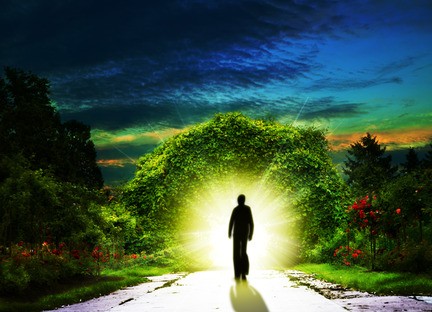 Premonitions About Death and Dying

This is an excerpt from Fawn’s upcoming book, “Soul Purpose”.

You are always creating your own reality through free will, and many potential futures exist which are based on choices you make right now. If you are not yet able to consciously tune in and read energy this doesn’t mean that you are not gifted enough to ever do so. Reading energy is your soul’s birthright and can be learned just as learning to read a book can be learned.

The most fascinating kind of premonitions are obviously ones about death and dying because death is universal, intensely emotional, inevitable and unknown. There are hundreds of religious beliefs and rituals, which have cropped up over the ages, because of Death.

When someone is about die, energy shifts in subtle ways which allow the dying, their loved ones, and those who are spiritually sensitive, to sense what is happening. Often spirit contact occurs during sleep, as is the case of Chuck who was on an organ donor list in Jacksonville, Florida. He and his wife were waiting for news from Mayo Clinic that a liver donor was available when they experienced something extraordinary one night. The following is his wife’s account:

At approximately 3:00 am, I woke up to the horrible sound of tires screeching on pavement and then a loud ‘thud’ as if the vehicle had made impact with another object. I jumped out of bed which caused my husband to jump up too, asking why. He didn’t hear the screeching like I had. As I was heading for the front door, I told him that I had heard a bad car crash so he followed me out. I stood there in my yard, in my pajamas and looked both ways up and down our street. There was nothing. Everything was still and quiet except for frogs croaking. I couldn’t believe it. I went back into the house and tried to go back to bed but it was still bothering me about what I’d heard. My husband suggested we drive around the neighborhood and out on the highway to see if there had been an accident. We drove around the block, up and down each street, and out on the highway, both ways. There was no accident! However, we got a call early that day from Mayo Clinic announcing a compatible liver for Chuck was available. I began to wonder if his donor died in the car accident I had heard but not seen.

Her auditory crash experience may be a coincidence, but more likely it was a spiritual message from the organ donor. If, when we die, there is an experience of karmic ‘cause and effect’, the liver donor may have been spiritually connected to Chuck and the gift of his organ divinely planned. Although we may not know the true spiritual meaning of prophetic dreams and premonitions, the fact is, they happen frequently and to many people. There is something within us that can be triggered to have a psychic experience which is innately part of our energetic design, and very real.

Everything is connected and everything is affected by conscious, vibrating, ever learning and expanding energy. Native Americans refer to this energy connection as a Great Web of Life. Albert Einstein describes energy as neither being created nor destroyed, but simply changing from one form to another.

This concept has sound scientific basis in quantum physics, and studies by David Bohm, a physicist who conducted plasma experiments at Berkeley Radiation Lab, show two very significant facts: First, the smallest known atomic particle, an electron, is either a wave or a particle depending on how it is observed, meaning that matter and energy are one in the same at a microscopic level and appear as interchanging, vibrating waves and particles. Secondly, his studies found that all matter continue to affect one another long after they have connected, no matter where they are.

Brohm’s Wave/Particle Theory demonstrates how all fragments of matter continue to affect one another long after a connection; therefore, every choice to act and react has potential to create a powerful effect over a broad range of space and time, much like a ‘ripple effect’, as when a stone falls into still water and expands outward into larger circles on a lake. Quantum Physics suggests that time may not be linear as perceived, but in fact happening all at once, past present and future in a continuum. Energy tends to create a circular rhythm, so if one imagines time as a circle than visions of future events begin to make sense.

Premonitions offer a peek into potential futures based on the current path taken, and they reveal the next big fork in the road we are about to approach.

Spontaneous premonitions about death are common to many, and offer a loved one who is fortunate enough to experience one, evidence of meaning regarding their deeply emotional loss in an otherwise, seemingly, chaotic universe.

Steve Bramschreiber shares a dream premonition about the death of his sister,

The last night my wife and I were in Las Vegas, I had a most vivid nightmare which unfortunately came true. I saw my older sister’s death and funeral right down to the type of casket she was buried in. On Christmas Day 2004 at 3am this became reality. She had been fighting cancer for a year and gone into remission, so we thought. But it came back with a vengeance. I relayed this experience to mom and she said, “You have death visions, just like your grandfather.” Mom says that certain members of our family have been given a gift like this.

Death premonitions do tend to run in families, and my acquaintance, Karen Wood offers another perspective through the experiences of close family members who announced their own deaths:

My father had a twin sister they called May who died when she was 4 years old. One day out on her swing, she told my father she was going on a goodbye journey soon. She died unexpectedly the following week. I also had a 7 year old cousin who told her mother she was leaving on a final trip one week before she died. They were treating her for ADD when actually she had a huge hole in her heart which doctors didn’t know about until her autopsy. My own father was dying from cancer. He carried on conversations with deceased friends wanting him to come with them the day and night before he died. He was on very low doses of meds. He knew who I was, and on his death bed even told my son how to remove a transmission from a car the right and easy way. He didn’t seem to be coming and going like you think someone would who talks normally and then seems to be somewhere else. He was alert and oriented to person place and time, and yet he talked as though these deceased people were there and we all should see them too.

Premonitions come in many forms as can be shown from these examples. The car crash was a wake-up call which had a powerful effect on the man and his wife prior to getting the call about the organ being available. Steve dreamed about his sister and was aware at some level that her time was coming soon, and the two different children who announced their pending ‘death’ journeys brought a sense of meaning, closure and comfort to their family, who otherwise may have lived with immense guilt and regret for not somehow preventing their deaths in advance. Karen’s father just slipped into a ‘knowing’ of his pending death, and began to live in both dimensions just prior to crossing over similar to a lady in this last example, cared for by Karen at a rehabilitation center during high school:

The morning I took her a breakfast roll and coffee, she told me she was going home that day. I didn’t know anything about it, and told her I would check at the nurses’ desk and then help pack her things. She smiled and said “Thank you honey, I would appreciate that.” When I went to pick up her tray, she was as I left her, sitting up with her eyes closed. I thought she was sleeping, but as I moved closer, she didn’t seem to be breathing. So I checked her and discovered no blood pressure. I called in a nurse who verified she was dead. She had to have died shortly after I left her room, and I was gone only thirty minutes. She hadn’t touched her tray, and her coffee was still warm. She went home, but not to the home I thought she meant. I told a nurse what she’d said, and the nurse told me that it’s common in hospitals and nursing homes for patients to talk about leaving and going home before they die.

I would love for readers to share experiences known or told to them.  Please feel free to share in the comments below. 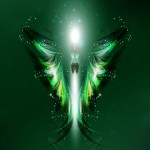 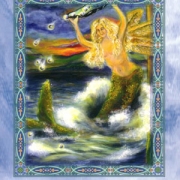 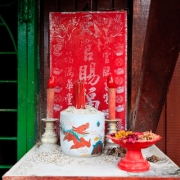 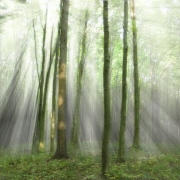 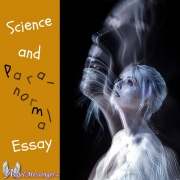 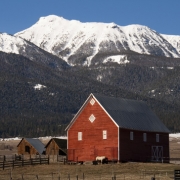