My husband and I went to the U2 concert Sunday night at MSU stadium.  It was an interesting night; everything had to fall into place perfectly for us to go.  With the way I keep getting headaches, it was truly a miracle we were able to go.  On Saturday, our son had a double header for his baseball league, so I was outside in the sun for about 5 hours.  That’s a lot for me; I usually get a headache with half that amount of time in the sun, but I was okay.  I had on spf 50 and still ended up quite crispy, though.  It was also a miracle we were able to find someone to watch our son while we went to the concert.  It was another miracle that we didn’t lose our tickets somewhere during our big move last summer.  (We bought the tickets a year and a half ago.  The concert had to be rescheduled due to the lead singer having health issues.)  We planned ahead, went really early and did everything possible to make sure the night would go well.  This was a big deal because my husband and I don’t get to do a whole of pre-planned activities.  Everything is usually planned last minute, depending on how I’m feeling on a given day – especially during the summer.

We arrived at the stadium at 7:45pm, about an hour before the main band was to take the stage, but we didn’t get our seats until 9:17pm.  One of the staff members told me this had been the most unorganized event she’d ever been to.  Bono, the lead singer, is a great humanitarian and did quite a bit to bring as much to our state as possible with his visit.  So, instead of bringing in all his regular help, Michigan residents were hired to help set things up.  I don’t know if this is where the issues started, or if it was simply poor planning by those in charge of the stadium.  We walked around trying to find our seats for over a half an hour.  Several staff members looked at our tickets directing us one way then back the other and back again.  No one seemed to know where our seats were, and we were getting really frustrated.  One guy directed us through a roped off area with cords, while a security person yelled at us to get out of there.  Apparently, we could have been electrocuted … so nice, and that wasn’t even the worst part.  I fell on one lady.  People were pushing and trying to get through.  We had to go against traffic to get back the other way … what a mess.  Finally, another staff person looks at our tickets and says, “Oh, you didn’t get relocated?”

“WHAT???”  We had those tickets for a year and a half!  Our tickets were no good?  We were searching for seats that didn’t exist!  Okay, yeah, I was not happy.  Would you be?  Why hadn’t one of the other six or seven staff people noticed when they looked at our tickets?  It was unclear what happened for sure.  One person said cords had to be run through our area, but why wasn’t there a sign by the entrance at least?  There was a sign for seats in the next section over, but even that sign didn’t say anything about seats needing to be relocated.

So, we had to weave our way through everyone and find our way back out to the main hallway to find these people who were supposed to have different tickets for us.  We got out there to find they had no more tickets, and the staff had no idea what to do for us, so we could only wait out there in the hallway.  We couldn’t go into the stadium because our tickets were invalid, so we stood there missing the concert we paid for and planned so hard to attend.  Then, they blocked off all entrances to the stadium so U2 could walk through the area.  A crowd of people waiting to get to their seats quickly grew and many were angry they couldn’t get in.  There was a group of inebriated people behind us playing on some kind of rolling cart, and they kept ramming it forward into people.  My husband wanted to leave.  I was getting overwhelmed by the negative energy of the crowd, and I was getting nauseous.  I could feel a headache starting.  I tapped the staff person I talked to on the shoulder and asked her if she had any idea about our tickets yet.  (She had said she would have to track someone down.)  But, she hadn’t seen the right person yet and told me we would just have to wait until they were able to clear out the crowd.

U2 took the stage, and we missed it.  The crowd cleared, and still we stood there with our useless tickets.  I was beyond frustrated by this point and actually getting lightheaded.  One staff person was nice enough to give me a chair they had sitting there.  Finally, someone came with tickets.  By this time, I had to really consider if it was better to leave before I ended up with a full blown migraine.  I don’t even know how many times we’ve had to cancel our plans because of these ridiculous headaches, so I was determined to make it work this time.  After all I had to do to make it there, I was going!  We got down to our row, but someone was in our seats.  Luckily, the group just moved down enough for us to sit at the end of the row.  It was sixth row behind the stage.  Our seats were supposed to be behind the stage anyway, so it wouldn’t have been bad if I weren’t already sick.  My view was the backside of the woman in front of me because I had to sit, and of course everyone else was standing.  That I could have dealt with, too, except her husband had obviously eaten something rancid for dinner.  Really, if you’re going to have your gas machine in such close proximity to other people, take some Beano or something.

U2 was awesome; the stage was incredible.  I just wanted to be there, to be part of that amazing energy being sent out into the universe.  It was like nothing I’ve ever experienced before.  I loved the concert.  They did this thing with lanterns and sending prayers out to the world as a mass unit of extraordinary oneness. You could feel the energy being lifted and sent where it was needed.  It was an incredible example of the power we could wield as one connected being.

Though the night started out not so great, and I will not be likely to attend another event at that venue, I’m still glad I went.  Sometimes you can’t control everything that goes on in our crazy world.  No matter how well you plan, there are always things that can go wrong – even through no fault of your own.  If we would have given up and simply left, we would have missed something amazing.  So, don’t give up when life sends a wrecking ball through your well laid plans; you never know what you could end up missing. 🙂 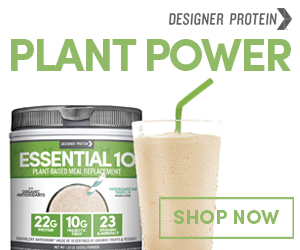 Ask Sheri – Bad Guardian Angels? Have you been thinking of a relationship from your past?
Scroll to top